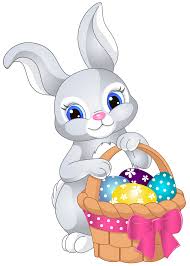 Today I have attached the answers for the tables sheet, Mental Maths and Busy at Maths work which I would like you to correct. You are also encouraged to self evaluate your Go With The Flow work at the end of each page.

I hope you are all keeping well. Well done everyone for all the hard work you have been doing over the past few weeks. Maith thú 🙂

I will keep in touch but for now enjoy the Easter Holidays and don’t eat too many chocolate eggs!

Please scroll down on the blog for home learning work- week 3. I have added in Easter art ideas and early finishers links underneath the ‘School Closure Work’

If you have any questions about the work, you or your parents can contact me by emailing schoolclosure4thclass@belgroveseniorgirls.ie. I’d be delighted to hear from you! Make sure to put my name in the subject line.

Work for the 30th of March-3rd of April

I have attached the work for next week in the link below. Just do a little bit at a time and ‘Déan do Dhícheall’.  Everyone works at a different pace, so you can complete it in whatever way suits you best. Take some 5 minute movement breaks using the activity sheet you were given on the final day before school closure. You are not expected to complete the work on the weekends.

We covered the topic of Time during our maths stations so you have a couple of pages to complete from Busy at Maths this week. I have attached a new tables sheet for this week which you can complete into your maths copy each day or it can be printed. (For fun you can time yourself to see how fast you can do it each day!)

On your home learning plan, I included some Early Finisher ideas at the end. These are all optional 🙂! Here are some of the links I mentioned :

Joe Wicks(The Body Coach TV), he has a Youtube Channel where he will be doing live PE class for everyone at home Monday-Friday at 9am. It’s a great way to wake up and start the day off! If you miss them, he posts them as videos after, so you can go back and do them whenever suits you!

Some of our classes favourite GoNoodles:

Hope to see you all soon,

I hope you and your families are keeping safe and doing well! I’m really missing seeing all in Room 8 everyday. I hope you have all settled into this new way of learning and this week’s work went okay for everyone.  🙂

I have attached the Busy At Maths answers, tables sheet answers and Mental Maths Answers for week 26. Click on the blue link at the end of my message.

Today I attached each of the pages from BAM with my rough work to try help you figure out some of the trickier questions.

Some of the problems are quite tricky so if you can’t do them all, please don’t worry. Correct the work like we do in school, using your red pen and give it a second go. If it’s still confusing highlight it like last week so we can go over it when you’re back at school 🙂

You could also self- correct the following:

Keep an eye on the blog for updates from me! I’ll be adding next weeks work later on today.

Answers to Mental Maths and Busy at Maths

Hope all the work is going well so far. Here are the answers to this weeks maths work so you can self-correct your answers (using red pen). If you get a sum wrong, try figure out where you went wrong. If you’re not sure how to work it out highlight it so we can go over it when we’re back at school 🙂

You could also self- correct the following: We started work on this project in school, and you have already done some preparation on one topic in your refill pad. As discussed in class this project will be done individually.

The topics to be included are;

(What rooms were there in an Ancient Roman house? /What were the differences between a rich Roman and a poor Romans house? /Furniture/ decorations/ mosaic art/ school life etc)

(uniform of a Roman soldier/ organisation of the army etc.)

(Appearance of  a God? Family connections? Similarity to a planet? Myth about a God?)

You should gather information on each of the above topics.  Remember you should be able to talk about and explain the information you have in your project.

Projects can be displayed in poster format or as a booklet.

Include any other information that you’d like to in your project e.g. Founding of Rome ( Romulus and Remus), Clothes and Food,  Emperors, Pompeii or Interesting Facts. You can also add drawings, photographs or diagrams.

To help get you started;

*Supervision when using the internet is advised. These websites have been checked for suitability, but navigation away from them may not be safe for your daughter.

Books or magazines you have at home are also a great way of getting information.

PowerPoint on the Roman Army: T2-H-035-Roman-Army-Powerpoint

I have linked below some work to be completed over the next two weeks. The work is laid out day by day, but feel free to complete it in whatever way suits best. I have also included some extra home activities that can be done too! Make sure to read as much as possible, play lots of  games such as board and card games and get some exercise!

All the best and see you soon!

All girls in 4th class have been sent home with relevant books and worksheets. Work will be posted on the blog and can be completed from Wednesday onwards. They are aware that all the work they are assigned to cover each day is at their level and can be completed independently.

Whilst you do not have to correct the work, we would appreciate if you would check that your child’s work is completed fully at the end of each day.

We will put up answers to their Mental Maths and Busy at Maths on Friday so they can self-correct their work.
We have also provided additional educational websites that your child can access if needed.